Debt Rollover Calculator Save Money Paying Off Your Debts Faster

Debt is a constant part of life for most people, and some have been ruined by too many liabilities. However, there are also those who are part of the “top 1 percent,” those who either live debt-free lives or keep their financial obligations in manageable levels. This is because they use different effective methods in handling their debt.

How can you avoid going into too much debt and make it work for you instead?

The truth about debt

Financial obligation is one of the tougher realities of life. Debt is always present, from simply owing some money to friends and family, to more complex situations like paying down consolidated debt. Being in debt is already a regular part of everyday living that in 2018, statistics show that the average family, even single people, continue to have rising obligations.

Share of families with debt in the US, by structure 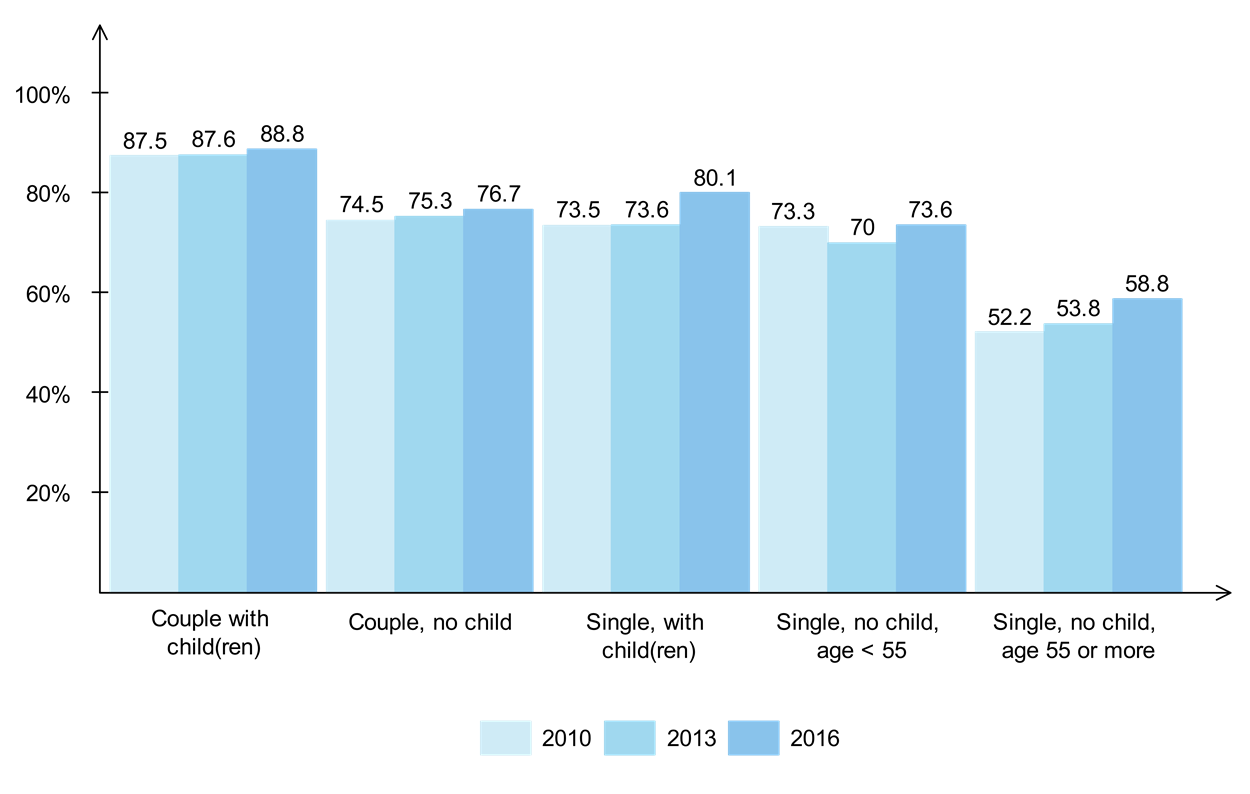 Most family structures have increasing debt since 2010, with the highest gap being those living as single parent. (Federal Reserve)

Why do most people go into debt? Basically, some suffer too much fiscal obligations because they live beyond their means, and have no sense of what their expenditure is. For an average earner with a $1,000-salary per week, making payments on loans on top of expenses seem impossible. However, as they are obligated to pay, most would try to cover debt and expenses at the same time by getting another loan. It's a vicious cycle that makes one go into a debt spiral. 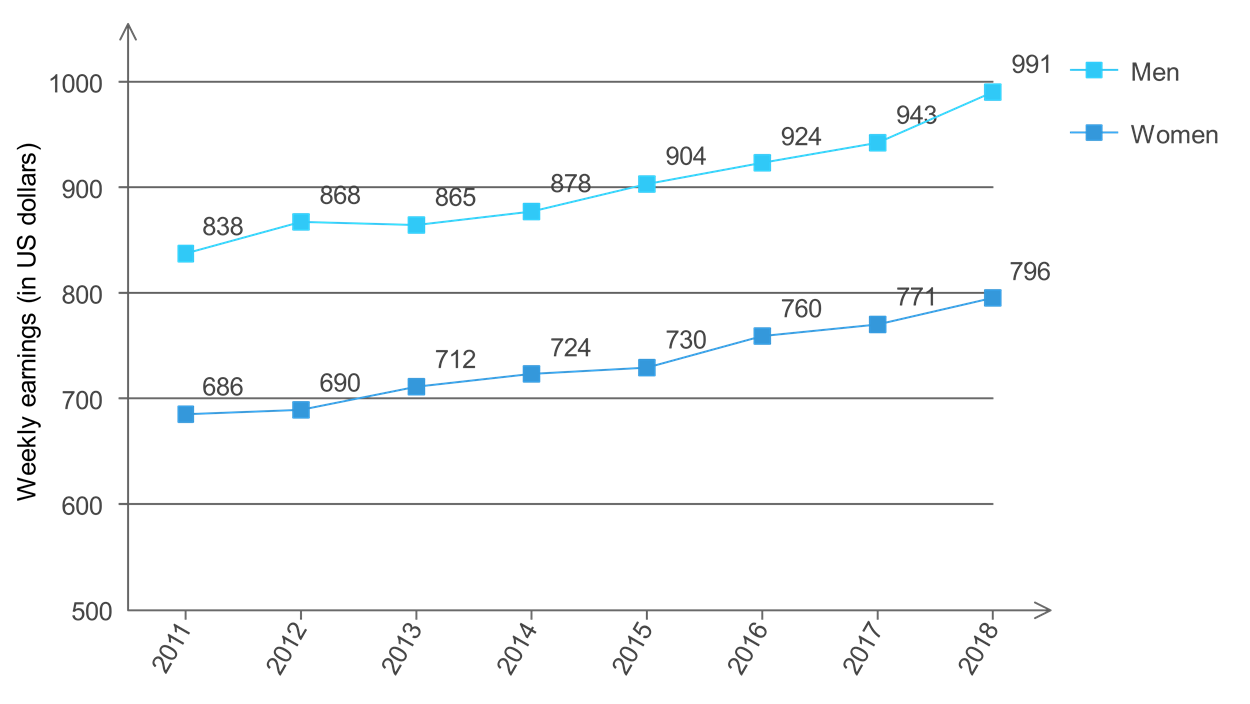 The median weekly earnings for US workers have risen over the years. (Bureau of Labor Statistics)

Meanwhile, there are also those that go into too much debt because they haven't learned to adjust their lifestyle and spending habits. Usually, they put off paying obligations when they have no budget left. Even when saddled with debt, data shows that the average household considers paying down liabilities as the least of their worries. 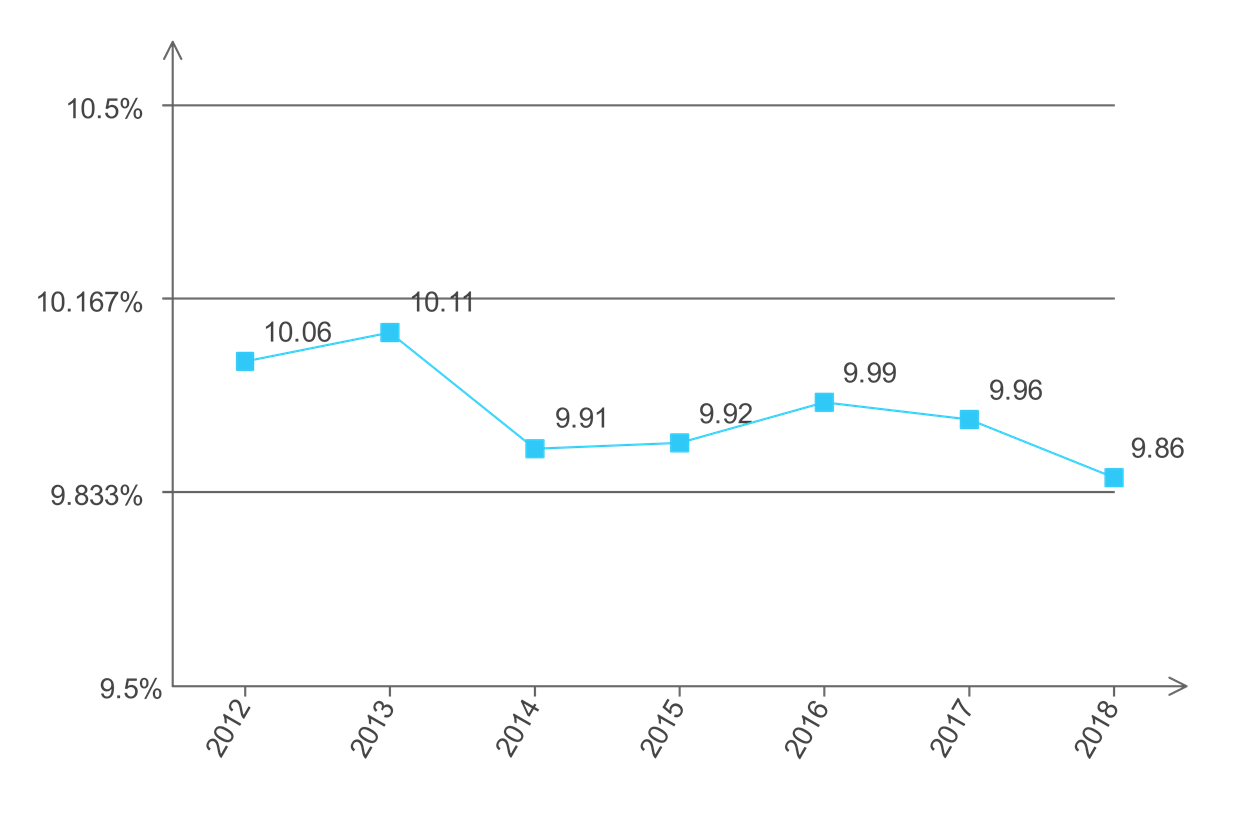 How people view debt payments as part of their disposable income. From at least 10 percent in 2012 and 2013, it continues to plummet, signifying less interest for households to provide significant portion of their income towards paying off debt. (FRED)

Having too much financial obligations take its toll on a person, often as debt fatigue. This happens when a debtor becomes overwhelmed with the amount of debt. Most often, debt-fatigued people go into a spiral, as they try to cope up with the increasing amount by going into extremes. They think that paying off is a futile goal and just wait for the time they become bankrupt. Some get tired of all the debt and not care about it anymore by overspending.

People having debt fatigue is not surprising, though. Statistics show that all people cannot avoid paying down debt since it has already become a part of their household. Only a small number of people can be definitive in their no-debt status. 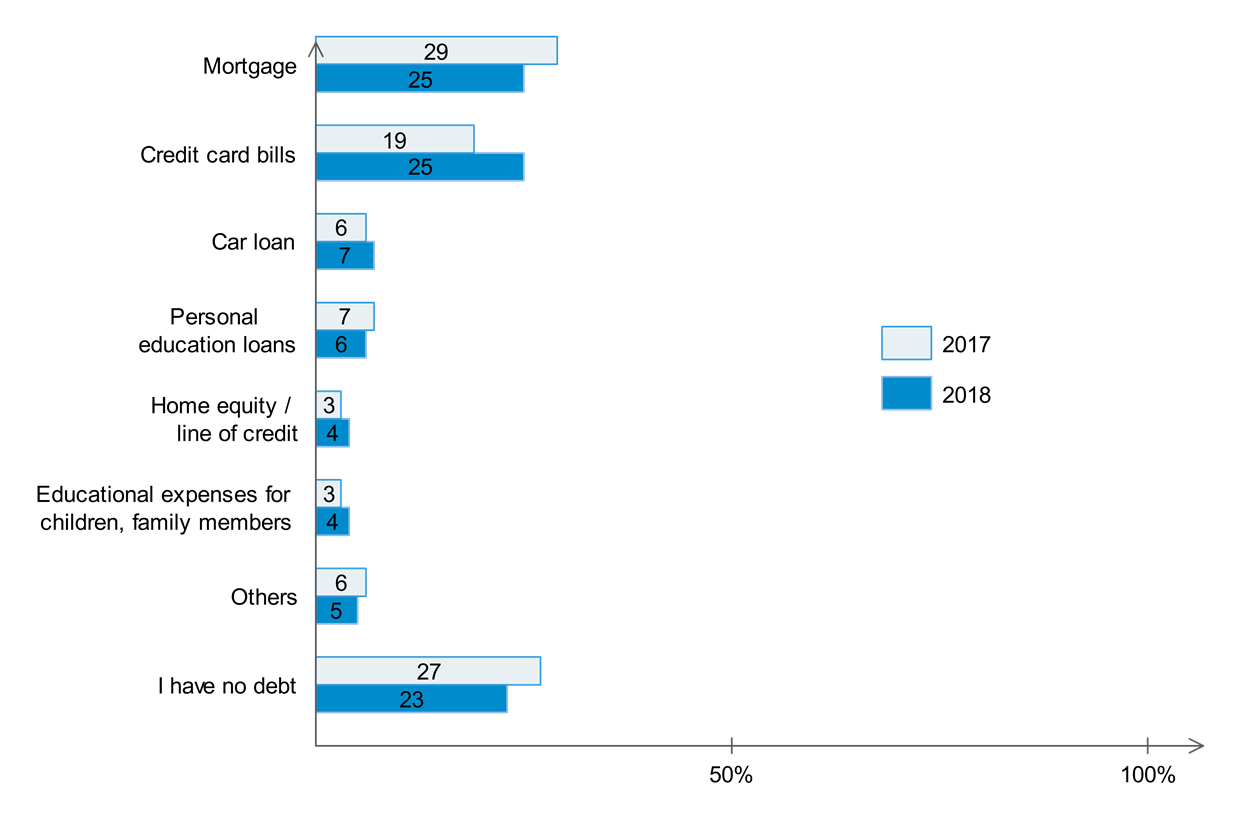 In 2018, 25 percent of the respondents said that their main source of debt was credit card bills, up from 19 percent in the previous year.

The concept of good and bad debt

Some financial observers say that not all debt should become liabilities, as there are some obligations which you can keep as assets. These are considered to be good debts. Simply put, obligations become assets if they can increase your net value, even if it's far in the future.

For example, while mortgage gets a big portion of the monthly budget, housing loans are considered to be good debt. Aside from the ownership of the house, paying it off means that your net worth will increase, especially if the property value appreciates over time.

Student loans are another example of good financial obligation. You go into debt while studying, but you can consider it an investment on good education. This is important in today's workplace, since according to the Bureau of Labor Statistics, the higher your educational attainment is, the higher your income generation profile. 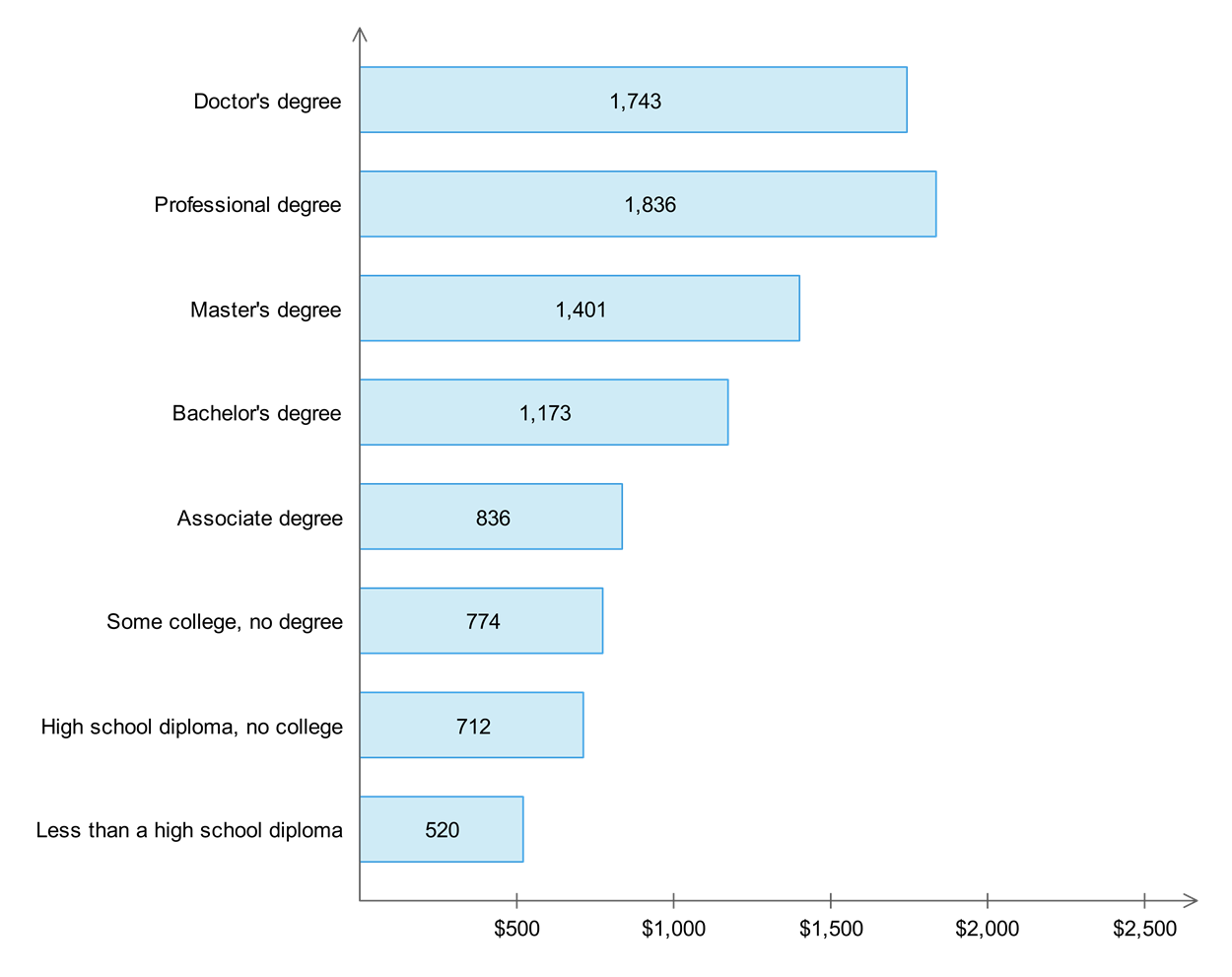 Having too many arrears seem daunting, but there are those who have found efficient and effective methods in clearing their debts. Some have found that paying down with extra works, while some recommend paying off debt one at a time.

Whichever the methods are, what is important is to handle debt head-on. At bare minimum, one should focus on lowering obligations to manageable levels. The best-case scenario is paying off all debt to become debt-free in as fast and efficient way as possible.

Managing debt is important. If you become overwhelmed with obligations, it sends a ripple effect and spills over to other aspects in your life. Financially, going into a debt spiral will negatively impact your credit scores. Most fiscal metrics use payment and credit history when measuring your financial capacity. Personally, debt fatigue will adversely affect your outlook which can lead you into making risky decisions.

How can some people manage to quickly pay off debt? They have tested and tried some proven methods to pay off their debts without adverse consequences.

One method that is becoming popular is the debt snowball method. In this system, debt is paid off depending on the amount. Using this strategy, any extra payment is first applied to the smallest of the debts until it is paid off & then that extra amount is applied to the next biggest debt.

With the snowball method, you will be paying off the smallest loan first, then roll over the payments to the second one, and continue until all debt are paid off.

Listing all outstanding debt, it will take at least 46 months for all debt to be cleared, if paid only with the minimum required each month.

With the snowball plan of paying obligations, clearing the $800-debt will only take 3 payments. Meanwhile, rolling over the payment amount to the next debt, it will only take 18 months for the last one to be cleared. This is with an extra $300, which results in being debt-free 28 months early.

What drives people to pay off their debt is continuous motivation. This is why the snowball method is popular especially for those who have accumulated many small-amount debt. With the obligations settled one after the other, these wins constantly fuel the desire to go debt-free as fast and efficient as possible.

If you are the type who needs to be constantly pushed towards motivation and momentum, handling your debt through the snowball method is the best action to take.

The opposite of snowball method, the avalanche or debt stacking system, uses the power of numbers to achieve the best results.

The avalanche method gives priority to the paying off debts with the highest interests rates. The goal is to clear each debt without having to pay too much interest on the high-bearing ones. The upside is you will pay less interest and may be able to pay off your total debt slightly faster, but the downside is you won't benefit from the rewards & encouragement of paying off numerous small debts quickly.

If you are already focused on guaranteeing that each debt be paid off in a way that saves you the most interest & do not need the regular emotional encouragement of paying off the smallest debts quickly the debt avalanche method will work best for you.

The extra payments are important

Whichever method works best, the bottom line for both systems is that you'd need to pay extra to fully utilize these debt payment methods. Before choosing the best approach towards clearing debt, there should be additional funds on top of your income to guarantee these extra payments.

Aside from adjusting expenditure and spending, how can one increase the income to optimize the snowball and avalanche methods for debt payment?

Some people use complementary methods to maximize both snowball and avalanche methods. Using different approaches that are already proven can provide the best results when paying off debt in as fast and efficient way as possible.

Benjie has been a bookwork for decades. He believes that writing is a form of expression, and that connecting with readers means you’ve expressed yourself correctly. Writing mostly on tech and social media topics, he continues to win over readers across other areas, too – both to inform and engage. His works have appeared in news publications like Christian Today & on business sites like Freelancer.com.

When taking a break from writing, you’ll most likely come across Benjie in a quiet corner of a room browsing an eBook by Robert Kiyosaki or Napoleon Hill, or reading the latest from Tom Clancy or WEB Griffin. In his spare time he enjoys urban trekking & photography.